Generally Yes, but it depends…

It depends on you, the kind of white noise you are using, the task you are working on, where you work, and even the time of day. This post looks at some of the intricacies and helps you to decide whether, when, and how to use white noise for your work and studying. 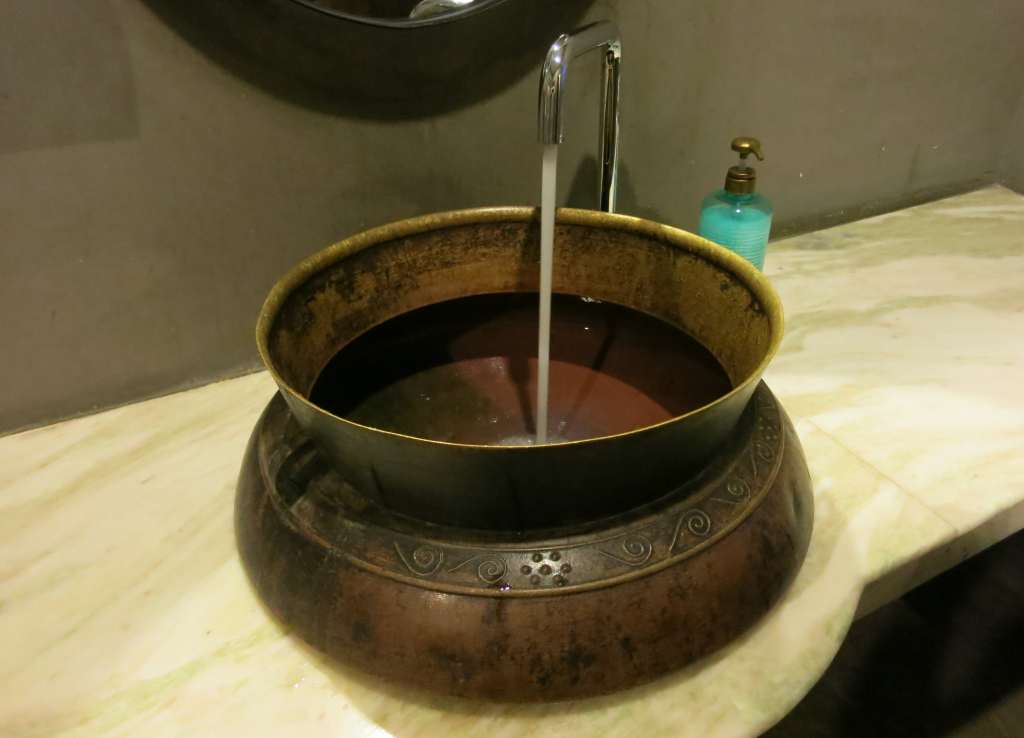 Experiments have shown that cognitive abilities important for both studying and cognitive work are negatively affected by noise: This includes serial memory (remembering the order of things), reading comprehension, mental arithmetic, proof-reading, and writing.

Most of these studies have included silence as a control condition. Some experiments have also included white noise for comparison. The results for white noise were ambiguous: White noise was mostly but not always benign.

My take is, compared to silence, it didn’t affect the average (!) participant’s performance negatively, but it also didn’t boost it.

However, people respond differently to white noise. Some people and tasks thrive on it, while others are slightly negatively affected. Read on to find out who benefits.

What is white noise?

In the strict sense, white noise is random broadband noise having the same intensity at all frequencies (i.e., from 20 to 20000 Hz). Here is a sample:

In the above-mentioned experiments (and this post), the term “white noise” has been used somewhat loosely, but generally refers to aperiodic broadband noise, including “real” white noise, band-pass filtered white noise (e.g., containing only frequencies from 20 to 5000 Hz), and also pink noise. In pink noise, the lower frequencies are more emphasized:

I much prefer pink noise and especially my own colored noise (see below for more) over white noise.

Having control over the noise in your environment would be ideal, but is often not possible.

Working, studying, and living in a quiet environment would be great. If you are in control of your environment, you can always add stimulation in the form of ambient noise or instrumental music to boost certain tasks or spur your creativity.

Chances are though that you frequently find yourself in a place that isn’t quiet. Besides, being social and among fellow students, friends, coworkers, or even strangers is enriching in so many ways.

Currently, the noise level in my living room, admittedly with my balcony door open, is 58 dB(A) (as loud as moderate snoring). Many office environments are as loud as my living room, and the coffee shops I frequent are even louder. I measured them with NoiSee – an iOS soundlevel meter that is pretty accurate.

Yes, your library is going to be quieter, but this kind of backdrop makes sudden noises even more startling and distracting: Clicking pens and keyboards, creaking chairs, and rustling all seem to be amplified.

This is where noise blocking and as an adjunct, white noise, for example played through noise-isolating earphones or headphones, are very helpful.

Add a benign sound to mask speech and reduce the distracting nature of every-day noise.

Masking undesirable sounds with white noise can significantly improve cognitive performance compared to the every-day noise many of us are exposed to.

Most complaints in open offices are about the lack of speech privacy and ringing phones.

In studies examining reading comprehension, proof reading, and writing, meaningful speech was generally far more distracting than just about any other type of noise. Speech is thought to interfere with the semantic processing necessary to accomplish these tasks.

The speech transmission index (STI) puts a number on speech intelligibility: It ranges from 0 (not intelligible) to 1 (perfectly intelligible). The STI is used to predict performance and define standards for office environments.

Pink noise was added to mask the speech and thus reduce the STI. The loudness of the noise mix was kept constant at 60 dB(A). Participants listened to the mix of noise and speech through headphones.

The result: Writing fluency dropped significantly at a relatively low STI somewhere between 0.23 and 0.34.  Speech at around 51 dB(A) combined with pink noise at around 60 dB(A) resulted in an acceptable STI of 0.23.

As far as I am concerned, this is quite a bit of noise and poses a challenge when trying to setup audio systems to create a productive environment in a larger room. What’s more, not everyone reacts in the same way to the stimulation caused by the noise mix.

You can implement an individualized solution to improve your performance and productivity:

To achieve good masking at a moderate volume, combine pink noise with noise-isolating earbuds, noise-cancelling headphones, or earmuffs with earbuds underneath. Block noise first and then mask whatever is left of the speech or distracting noise with a moderate level of pink noise.

Some people seem to thrive on white noise, while others are negatively affected

In a series of studies, researchers examined attention, visual working memory, and verbal episodic memory in children and adult students. Not surprisingly, they found that the “average participant’s” cognitive performance was not, sometimes slightly negatively, and sometimes slightly positively affected by white noise.

However, when dividing participants into groups according to their attentional ability, a more interesting pattern emerges: In a study conducted with school children, pupils who usually find it difficult to pay attention performed better (sometimes a lot better) under white noise than silence, while super-attenders tended to be negatively affected.

Why would that be?

One explanation is that different people need different amounts of noise for optimal arousal and optimal performance.

Stochastic resonance is a natural phenomenon, whereby a certain amount of noise improves the ability to detect a signal. By introducing noise, signals that are below the perception threshold are boosted enough so that they can be perceived. For example, adding a certain amount of auditory noise allows you to hear sounds that were previously undetectable by your ears.

If you add too much noise though, you decrease the signal-to-noise ratio; the louder the noise the more you drown out the sound; in the end, it becomes indiscernible in the noise. This is how sound masking works. So there can be too little and too much noise!

Stochastic resonance can be observed in many different domains. This also includes our brain’s neural systems:

The researchers in the above-mentioned studies suggest that inattentive people might have too little noise in their neural systems. By adding white noise, their brain is pushed towards optimal arousal and better cognitive functioning. At the same time, people who are already optimally aroused are getting overstimulated by the white noise.

The amount of noise needed for optimal arousal varies from person to person.

In a very recent study, exposed to white noise played through headphones at 80 dB(A), children suffering from ADHD showed a much improved visual working memory and verbal recall ability compared to a quiet control condition.  Their performance approached that of typically developed children whose performance declined slightly (but not significantly) under white noise. In that particular experiment, white noise was more effective than ADHD medication!

I would argue that the amount of noise needed for optimal arousal varies even in a single person, for example, depending on the time of the day, nutrition, and the amount of sleep they have had.

Last night, I only slept 5 hours, and today – white noise helps me to stay awake!

Practical tips for noise masking and stimulation with white noise

Very loud white noise, added to an already noisy environment, is likely going to annoy you more than it helps. And you won’t be able to find the sweet spot, the level at which white noise might actually boost your ability to focus.

Earmuffs are cheap and great at blocking noise, including lower-pitched sounds. They block rumbling traffic noise, office noise, and speech.  Add earbuds underneath to listen to white noise. Glasses and the wires of the earbuds can make this solution a bit uncomfortable. What’s more, your ears can become a bit warm and sweaty.

Nevertheless, because they work so well, I often wear earmuffs for several hours when reading difficult material.

If you don’t need to block rumbling, low-pitched sounds, try noise-isolating earbuds. They won’t make your ears sweaty and still attenuate speech and office noise reasonably well, so you can play white noise at a moderate level.

If you are already in a quiet environment (e.g., in a library), but want to experiment with white noise, normal earbuds, earphones, or headphones should be enough.

If you live close to a busy road or commute a lot on public transport, they might become your sanctuary. They are not as good at blocking speech and higher-pitched noise as earmuffs or earplugs, so you need to add white noise to get rid of it. Unfortunately, they are expensive.

These days, I wear earmuffs when I want to work in silence and noise-cancelling headphones when I want stimulation through white noise, instrumental music or other sounds.

If you don’t want to wear headphones or earbuds, try a white noise machine.

A very popular machine that generates white noise on the fly and is also suitable for traveling is the Lectrofan.

Machines that dynamically generate white noise and fan sounds tend to work well for sensitive people. Unlike with white noise machines that repeat short recorded noise sequences, there is no looping. Every second of white noise is truly unique. Like with devices with a mechanical fan, you won’t get annoyed by sounds that repeat themselves and gaps between loops. What’s more, they can be set a lot louder than fan-powered devices.

Where do I get the white noise from?

I mainly use the website myNoise.net, the iOS app myNoise, and Tmsoft’s app White Noise (Android and iOS).

On myNoise.net and in the myNoise app, you can change the characteristics of the white noise at 10 different frequency points. This is extremely useful:

Instead of “real” white noise, which I find too hissy, and pink noise (good, but a bit bassy), I choose the “White Noise & Co” noise generator and create my own noise color.  This is what my settings look like: 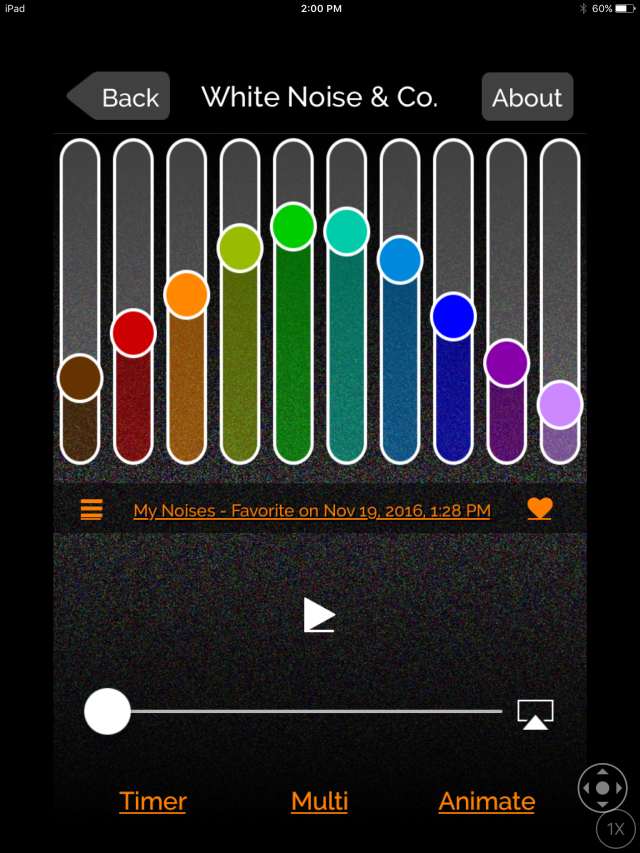 I have removed the low-frequency rumble and the hissy parts: The result is a soft, almost “sound-pillow-like” water stream. I use this setting for napping, meditation, noise masking, and focus when reading and writing.

In TmSoft’s app, a mix of the sounds Pink Noise and Stream Water Flowing works for me. I wish they had an equalizer though. 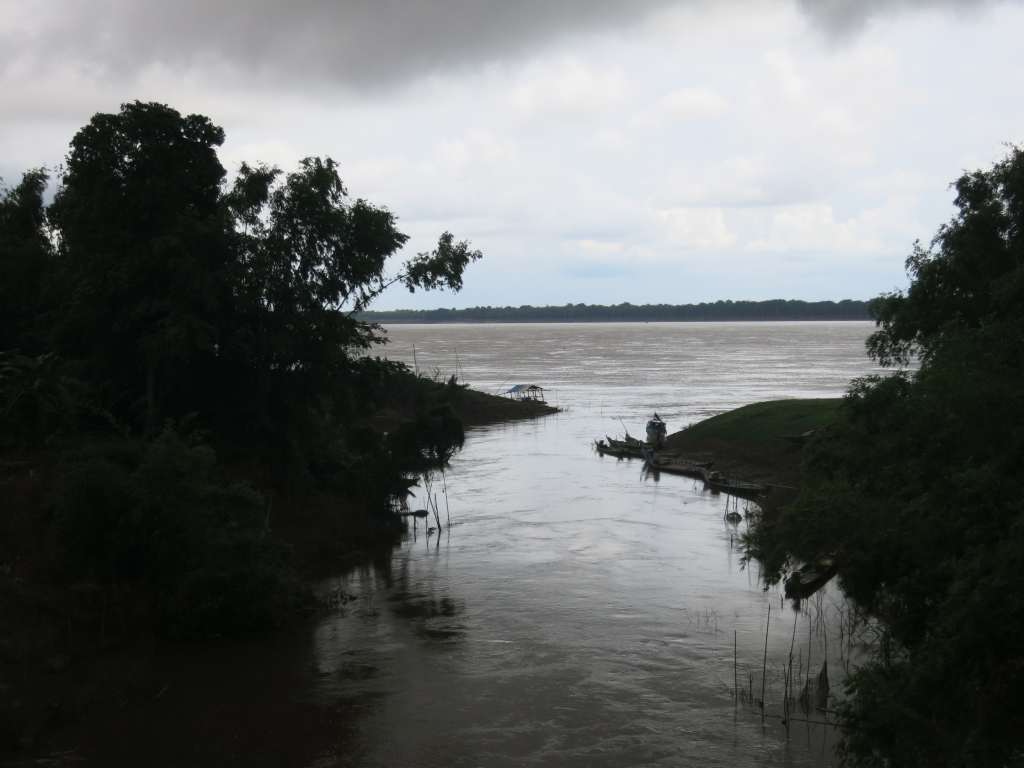 These apps also provide a ton of other soundscapes and ambient sounds to experiment with:

In myNoise, I particularly like myNoisly, Cavewater, and Twilight. TMsoft’s Cold Waterfall is another one of my favorites.

For studying, most of the other soundscapes are a bit too distracting for my taste, but they might work well to stimulate creativity. Random stimulation is a component of many creativity techniques.

By masking these noise intruders with white noise, you can reduce their variability and the intelligibility of speech, and thus improve your study and work performance.

If you have trouble paying attention and staying focused, experiment with white noise to manipulate your arousal and see whether it helps with your task. It certainly helps me with task persistence.

White noise isn’t a panacea for boosting performance, but in combination with noise blocking it can be a very useful tool to help you stay focused and accomplish more.

What’s more, white noise has also been found to improve sleep by masking startling environmental noises and to even induce sleep outright. Read my post on the ideal white noise machine for sleep to learn more.